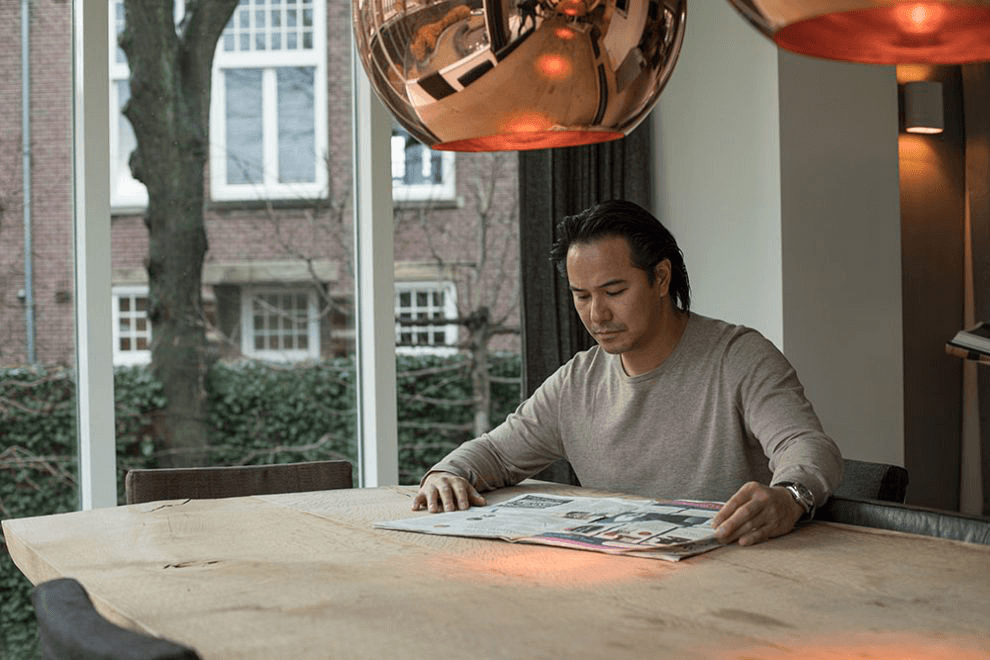 Thinka and Alexa are the two new roommates of the family that lives in this Amsterdam mansion. Thinka is a Dutch product that bridges the gap between homeowners and their often complicated home automation. It makes it possible to control all devices in the house with your voice.

One of the systems which Thinka connects to is Alexa, the Amazon Echo Voice Assistant. Alexa whispers the residents' spoken wishes to Thinka. Together they ensure that the house does what the residents want and answers all their questions.

Just like the new digi housemates, the residents of this house in the heart of Amsterdam are an interesting couple. We're talking about Gillian Tan's CEO of Booking.com and Bond Chan, lead investor at hotel chain Zoku. Their mansion at the Vondelpark, which they live in with their three children, was already equipped with a KNX home automation system in 2008. All lighting, heating, cooling, ventilation, sun blinds and the door intercom are integrated in it. Until now, they operated this via a touchscreen in the kitchen and smart probes in the various rooms. The enterprising couple were in the front row when Thinka saw the light. Partly because of personal interest in the latest technologies, partly also because of business interest in the possibilities that these offer for, for example, the hotel room experience. They were eager to experience what operating the installations with your voice would add to their living pleasure.‍

Voice Control, the icing on the cake of smart home automation‍

Thinka has only been in use for a few months, but Gillian and Bond are already making good use of it, in addition to the other ways they can operate their equipment and installation. For the time being they still have to speak to Alexa in English, but if it is up to Amazon that will soon be possible in other languages ​​as well.

For the kids, there's nothing more fun than just having to say "Alexa, turn on Cinema" to let the smart TV play their favorite movie. For the parents it is nice to be assured with a simple "Good night" that all lights in the house go out and the door is locked. “When the alarm goes off, all we have to do is say" Good morning "to put the house in day mode. The light in the hallway to the bathroom comes on, the heating is on and the espresso machine is preheated when we come downstairs. Of course we don't really need it, but we love handy, smart applications in the house. We love technologies that make life easier and more fun. And Alexa and Thinka give us the icing on the cake of home automation, ”says Bond.

Alexa Voice Control, a luxury you quickly get used to

The family quickly became familiar with the operation of the system and is very satisfied with it. “Just shout 'Alexa, I'm home' and Thinka turns on the welcome light and my favorite radio station turns on in the living room. The radius in which Alexa picks up our voice is quite large. And even when the music is on, Alexa takes our orders. It's funny that she keeps talking back. When you give her a command, she always confirms the action with an "Ok". This way you can also be sure that it has been implemented. This is very useful if you request in the bedroom to set everything in the house to night mode. She also answers if you ask, for example, how warm it is in the bedroom. The great thing is that you don't have to teach the Voice Assistant any voices or words. Alexa already has that intelligence. She just wants to know what you call the table lamp and the blinds, so that she understands what you are talking about if you want to do something with it. Thinka makes all of this possible. We can still operate all functions on the touchscreen or using the room controllers.”‍

For the time being, Gillian and Bond still have to speak to Alexa in English, but in the future they will also be able to do so in Dutch. Experience with the use of Thinka shows that residents do not want to switch every lamp individually, but have chosen 10 scenarios which are operated by Thinka. These scenarios are recorded by Thinka in so-called "Scenes'' such as "Good night", "Cooking" or "Homework". Gillian and Bond do not have to do difficult home automation programming, but can simply manage these scenes with their smartphone.

Michael Franken, founder of Thinka, is closely involved with these forerunners and their experiences. They provide Thinka with important input for the further development of the product. “Installing Thinka is easy. By installing the small box and importing the KNX programming into it, Thinka is ready for use. Furthermore, you must of course link the chosen Voice Assistant to the system. For example, if you use Siri as a Voice Assistant to Thinka, the iPhone of the main occupant can also invite other family members to participate; children, grandparents or a good friend. You can grant or deny them certain rights. For example, you will not want your children to play with the lamps at home when they are bored at school.”

According to Michael Franken, it is very easy for home owners to create scenes themselves with Thinka, to change names of objects (for example: dining table lamp), commands ('bedroom light at 80%') or multiple action scenes ('good morning' or ' I'm awake '). “It's simple and intuitive to operate,” he says. Thinka also offers a solution for hotels. In this way, guests can create the desired atmosphere in their hotel room by simply operating the available functions with their voice. This is one of the possibilities that Gillian and Bond are researching in-house based on their business interest in the world of hospitality.

Thinka is ready, now the Voice Assistants have yet to become multilingual.

What is Thinka KNX?

Thinka KNX translates spoken words into digital commands at the KNX installation. For example, it becomes possible to initiate multiple actions with a short sentence. Say "romantic" and the KNX installation knows you want to dim the lights slowly, close the curtains and switch on the gas fire. Say "cook" and Thinka will brighten the lights in the kitchen and play your favorite music.

Thinka currently supports Alexa. Alexa can play music on demand, read the news, find you a recipe, and tell you who America's tenth president was. Connecting her to Thinka makes her even smarter. To use Alexa to operate your KNX home, install the “Thinka-skill” and you're done. Alexa knows at once which devices she can operate on the commands that the users want to set for it. Alexa is available in English, German, and Japanese, but Amazon is working on more languages.‍

Once a writers' fantasy. Now it is really possible. Where Ali Baba got access to the cave of the Forty Thieves with the magic password "Open Sesame", we can now open and close doors by spoken word, turn lights on and off, turn down the heating. It all became possible with the rise of artificial intelligence, a development that is now gaining momentum. By combining artificial intelligence applications such as Siri, Alexa with Thinka, new applications arise of which we cannot yet imagine the ultimate possibilities and impact.

Interested to learn how Thinka is being used in a hotel? See also the use of Thinka KNX in the Pomegranate Wellness Spa Hotel 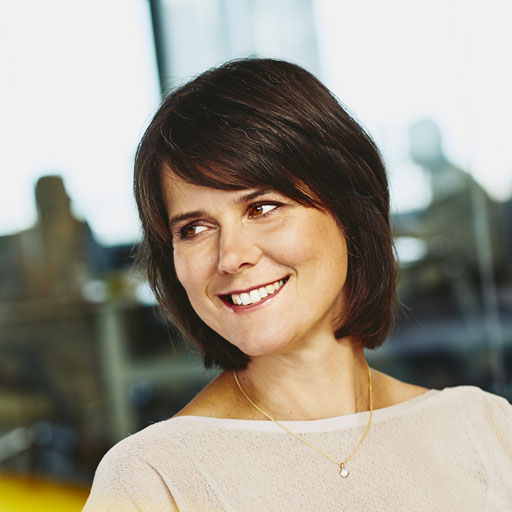